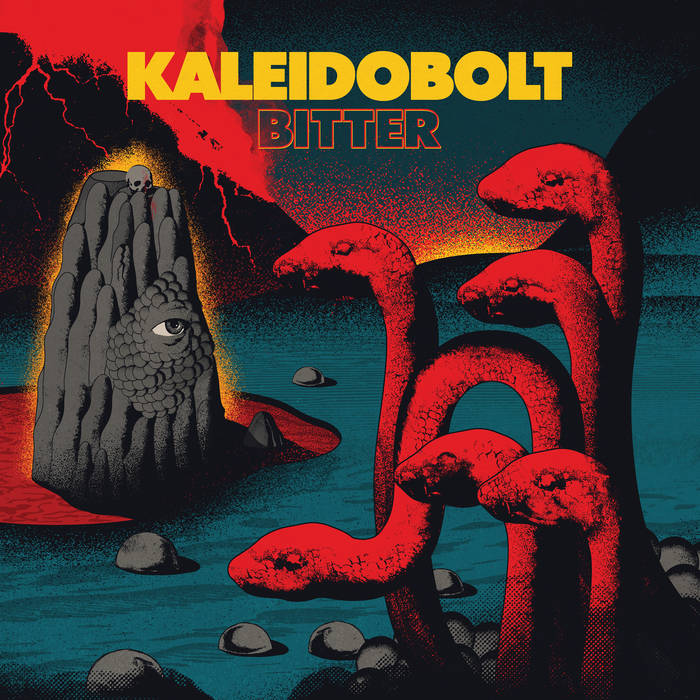 I have received the cd already , awesome ! , Thanks you so much I enjoy your music a lot , I love the power trio sound , rock on !

eddye Buy the album, it is so well worth it. Truly awesome stuff. Favorite track: Coyote.

Pfuscher One of the best live bands I've ever seen! 3 times and counting! I guess it's hard to get into that progressive, very fast style of "KALEIDOBOLT", but once you're in...oh boy! Favorite track: Deadpan Blues.
more...

With one foot in classic heavy power trio rock’n’roll and the other knee deep in psychedelic frenzy, Finland’s Kaleidobolt blast off into inner space with their third album Bitter. Having perfected their craft on the road all across Europe, with two previous albums under their collective belt, Kaleidobolt have become a fierce live experience, guaranteed to blow minds and ears.

Kaleidobolt, however are far from your usual deafening stoner rock experience. Their music is all about texture and depth, and beneath the lysergically frenzied riffs hide worlds of exquisite soundscapes. For the new album the band decided to take an even greater leap into worlds beyond and hired Niko Lehdontie (Kairon; IRSE! and Oranssi Pazuzu) to produce the album and Lauri Eloranta (the current go-to guy in Finland for indie pop and rock bands) to mix it.

"We aim to make music that sounds dangerous, that is on its way to critical mass and could all fall apart at any moment", comments bassist Marco Menestrina, "This time we were thankful to have Niko the producer with us to ensure things were kept freaky and noisy enough."

Bitter is rock music frenzy that intermittently disintegrates into sonic cotton candy and the occasional western theme. Bitter is also Kaleidobolt's debut for Svart Records, and we are proud to release it on May 31st on LP, CD and digital formats.

Loud guitars and all that jazz

Bandcamp Daily  your guide to the world of Bandcamp